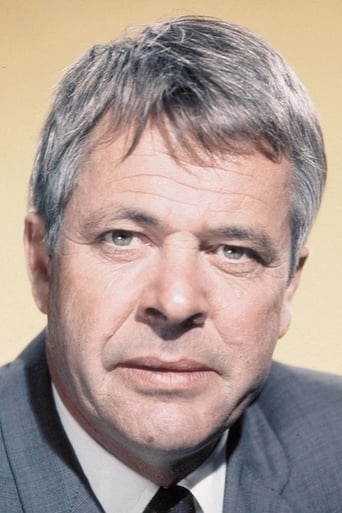 From Wikipedia, the free encyclopedia. William Windom (born September 28, 1923) is an American actor. He is perhaps best known for his work on television, including several episodes of The Twilight Zone; playing the character of Glen Morley, a congressman from Minnesota like his own great-grandfather and namesake in The Farmer's Daughter; the character of John Monroe on the sitcom My World and Welcome to It, for which he won an Emmy Award for Best Actor in a Comedy Series; as Commodore Matt Decker, commander of the doomed U.S.S. Constellation in the Star Trek episode "The Doomsday Machine"; the character Randy Lane in the Emmy-nominated Night Gallery episode "They're Tearing Down Tim Riley's Bar" and perhaps that of the most common recurring character on the Emmy-winning series Murder, She Wrote, Seth Hazlitt. Description above from the Wikipedia article William Windom, licensed under CC-BY-SA, full list of contributors on Wikipedia.​