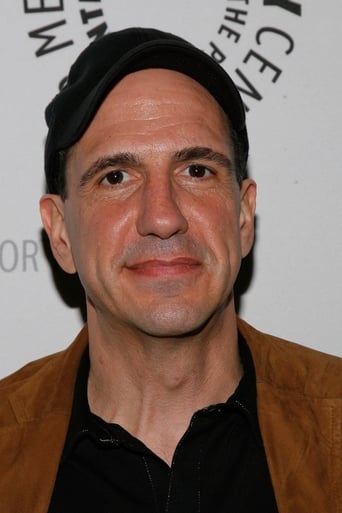 Samuel "Sam" Lloyd, Jr. (November 12, 1963 - May 1, 2020) was an American actor and musician, perhaps best known for his portrayal of beaten down lawyer Ted Buckland on the American comedy-drama Scrubs. Lloyd attended Syracuse University. He is the nephew of Back to the Future star Christopher Lloyd, and his father is also an actor. He and Christopher Lloyd both guested on Malcolm in the Middle, Sam as a housing lawyer and Christopher as Hal's father. The two also guested on The West Wing, Sam requesting the White House to release information about UFOs, and Christopher as a constitutional law expert. Aside from acting, Samuel is an accomplished singer with the a cappella group The Blanks, who have made many appearances on Scrubs under the name "The Worthless Peons" (also known as "Ted's Band"). He also plays the bass in the Beatles tribute group The Butties. Description above from the Wikipedia article Sam Lloyd, licensed under CC-BY-SA, full list of contributors on Wikipedia.