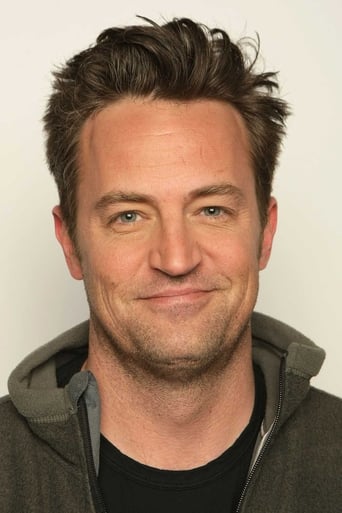 Matthew Langford Perry (born August 19, 1969) is an American-Canadian actor, best known for his role as Chandler Bing on the popular, long-running NBC television sitcom Friends, for which he earned an Emmy Award nomination in 2002. His portrayal of Ron Clark in The Ron Clark Story earned him an Emmy nomination and a Golden Globe nomination. He also guest-starred in three episodes of the drama series The West Wing, which garnered him two consecutive Emmy nominations in 2003 and 2004. Perry also starred in the short-lived series Studio 60 on the Sunset Strip, and had roles in the films The Whole Nine Yards (2000) and its sequel The Whole Ten Yards (2004), Numb (2007), and 17 Again (2009). Perry is the co-creator, co-writer, executive producer and star of the ABC sitcom Mr. Sunshine, which premiered on February 9, 2011. Description above from the Wikipedia article Matthew Perry, licensed under CC-BY-SA, full list of contributors on Wikipedia.