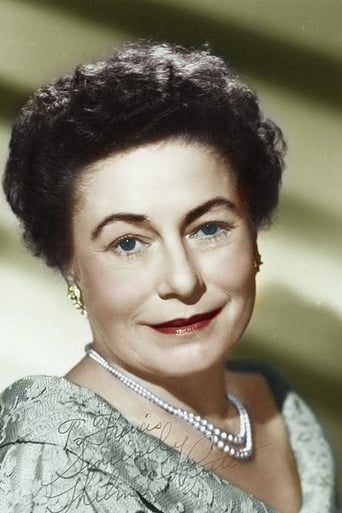 Thelma Ritter appeared in high school plays and was trained at the American Academy of Dramatic Arts. In the 1940s she worked in radio. Her movie career was started with a bit part in the 1946 Miracle on 34th Street (1947). In the movie she played a weary Xmas shopper. Her performance in the short scene was noticed by Darryl F. Zanuck who insisted her role be expanded. During the period 1951 to 1963 Ms. Ritter was nominated for 6 Academy Awards. She is one of the most nominated actors who never won the statue. Shortly after a 1968 performance on The Jerry Lewis Show (1967), Ms. Ritter suffered a heart attack which proved fatal.