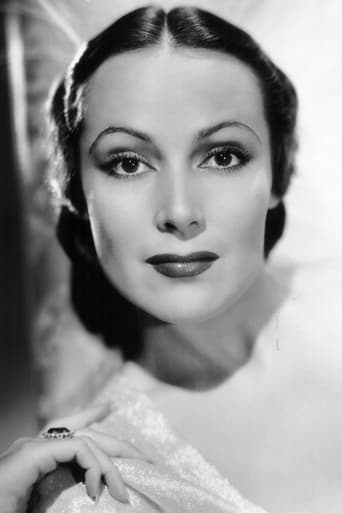 ​From Wikipedia, the free encyclopedia.   Dolores del Río (August 3, 1904– April 11, 1983) was a Mexican film actress. She was a star of Hollywood films during the silent era and in the Golden Age of Hollywood. Later in life, she became an important actress in Mexican films. She was generally thought to be one of the most beautiful actresses of her era, and was the first Latin American movie star to have international appeal. In the Silent film era, Del Rio was considered a counterpart to Rudolph Valentino. With the arrival of the talkies, she became one of the principal Art Deco symbols of beauty. Del Río was one of the principal stars of Mexican films during the Golden Age of Mexican cinema in the 1940s and 1950s. She was frequently called the "Princess of México". Description above from the Wikipedia article Dolores del  Río, licensed under CC-BY-SA, full list of contributors on Wikipedia.