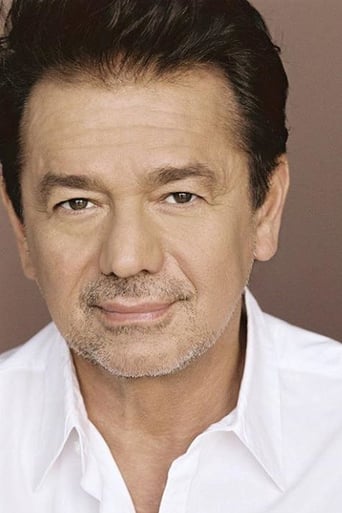 Adrian Zmed was born in Chicago on March 14, 1954, the son of George Zmed, a Romanian Orthodox priest, and his wife, Persida. He is an actor, known for T.J. Hooker (1982), Bachelor Party (1984) and Grease 2 (1982). He has been married to Lyssa Lynne since October 5, 2012. He was previously married to Barbara Fitzner and Susan Wood. Zmed graduated from Lane Tech High School in Chicago. He began playing football as halfback for the Lane Tech High School team until he broke a bone in his leg, which in turn punctured a major artery, while playing.He quit sports and began acting, appearing in his high school's production of Guys and Dolls. After being featured on a local TV show as one of Chicago's top high school performers, Zmed transferred to the Goodman School of Drama and began studying voice at the Chicago Conservatory of Music. He graduated with a BFA from the famed Goodman School of Drama. His first major acting gig was the role of the male lead, Danny Zuko, in the national touring company production of Grease. He later appeared in the Broadway stage musical three times, twice in the role of Zuko. In the original Broadway production of Grease, he starred with Jeff Conaway, who played Kenickie in the 1978 motion picture Grease. At 40, Zmed revived the role of Danny Zuko during the show's revival in 1995.